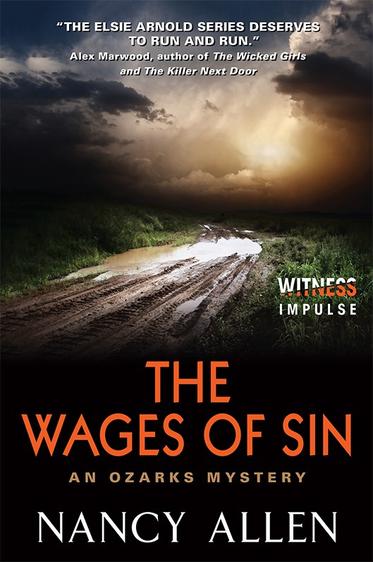 In rural McCown County, Missouri, a young pregnant woman is found beaten to death in a trailer park. The only witness to the murder is Ivy, her six-year-old daughter, who points to her mom’s boyfriend—father of the unborn child. County prosecutor Madeleine Thompson promises the community justice, and in the Ozarks, that can only mean one thing: a death sentence.

When Madeleine’s first choice for co-counsel declines to try a death penalty case, she is forced to turn to assistant prosecutor Elsie Arnold. Elsie is reluctant to join forces with her frosty boss, but the road to conviction seems smooth—until unexpected facts about the victim arise, and the testimony of the lone eyewitness Ivy becomes increasingly crucial. Against Elsie’s advice, Madeleine brings in the state attorney general’s office to assist them, while cutthroat trial attorney Claire O’Hara joins the defense.

Elsie will not let the power of prosecution—of seeking justice—be wrested from her without a fight. She wants to win the case, and to avenge the death of the mother and her unborn child. But as the trial nears, Elsie begins to harbor doubts about the death penalty itself. Meanwhile, the child Ivy is in greater danger than anyone knows.your paragraph here.